“Everything hurts and I’m dying!” I may or may not have said that after the Raise the Bar class at the gym this morning. Raise the Bar is a weightlifting class set to fast music. It’s challenging to say the least. I do quite a bit of strength training but this pushes it to another level. But we have to go through the pain to change and grow, right? Right.

In the spirit of being 100% authentic, I’ve experienced some growing pains this past month. Moving from state to state isn’t for the faint of heart. There’s a lot of paperwork involved and that tests my patience like no other. But what’s testing my patience the most is that I haven’t found a job yet. I’ve applied for a lot and either people are taking forever to get back to me or they haven’t called at all. I was told this is a bad time of year to try to find a new job and that’s definitely right! Last week, I called about a job I had applied for 2 months ago.  I got told this company isn’t hiring for that position. Um…what? They had it advertised on all 3 job search engines I looked at.  It’s still posted on those sites too! Why advertise if they hadn’t planned on filling it? They wasted my time as I spent a long time working on my resume and cover letter. I was polite on the phone but fuming inside. 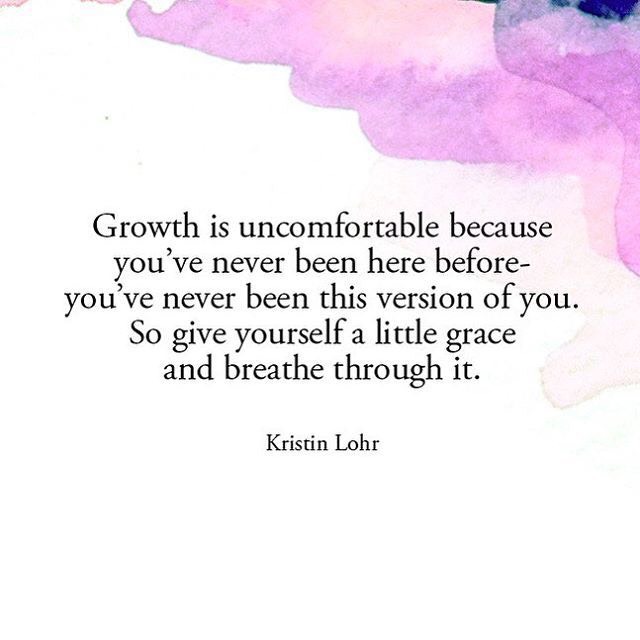 Not working has taken it’s toll on my self esteem. I’ve had some sort of job since I was about 15. The only other time I haven’t had a job is when I moved to Sibley and it was a month before my new job started. I got the job within 2 weeks of moving but didn’t start for 2 weeks after that. I’ve never liked the idea of relying on my husband and it’s killing me to not contribute. (Thank God I’m decent at saving money.) I’m a college grad,  I have experience in the field I’m looking in and I’m not getting called. What’s going on? When we agreed to move, James told me to not take a job just to have a job but to take something I want. Ok, that’s great in theory but when the jobs I want and I’m qualified for aren’t calling, it makes you feel like you’re not good enough. And that’s just not true. I know I’m good enough, I’m qualified. Augh…

I’ve often heard quotes regarding a season of waiting. The theory is if the universe makes you wait, you’ll get something better than what you wanted in the first place. I agree with that to a point. When I was 22, I was upset that a lot of my college friends were getting married. I had just broken up with a long term boyfriend and was frustrated that my life wasn’t what theirs was. I got married when I was 28 to a great guy. A lot of those young marriages didn’t last.  Now I have a husband that is great to me and my friends say thinks like, ” I wish my husband did those things”, or ” Wow! He loves you so much.” Believe me, I’m grateful for him. If I had married at 22, it wouldn’t have been to him. When we put our house on the market in Sibley, we had figured we’d get another house there. Ours didn’t sell forever and we were getting frustrated. Then the job in Arkansas called James and everything started to fall into place. Our old house was sold and the house we are renting is even nicer than what we lived in before.  I keep telling myself that this period of waiting is just preparing me for a better job that will come along.

I feel like this season of waiting is part of my personal growth. Like I said, growth is painful and sometimes really messy. It would have been so easy for us to stay in Sibley at our old jobs where we were comfortable. But guess what? Your comfort zone isn’t where you grow. Life begins once you leave that comfort zone. I truly believe that. I’ve went waaayyy out of my comfort zone the last month. Living in a different state, meeting new people, attending group fitness classes, becoming a Pruvit distributor, and all of those other things. And with that, has come the growth that I needed. I’ve learned to not be so comfortable all the time and I’ve learned to rely on my husband in ways I never have before. I’ve also learned to be confident in a way I wasn’t before. I can solve problems much better than I could a year ago. I don’t get nearly as pissed as I did when something would go wrong. Maybe I am learning patience!

In growing as a person, I’ve grown as a wife. I’ve learned what it is to truly be married and rely on your spouse. I wasn’t always the best at that. I like to think James has learned to rely on me for certain things too. I’ll have to ask him. Maybe that’s another blog post. With James working and me being at home, I’ve become the person who gets the groceries and does the cooking. Unless we’re grilling. Then he has to take over! I’ve become a better cook- something I wasn’t that great at before. Actually, I was ok with it, but I hated doing it. I’ve learned to slow down and enjoy it. With that, I’m gonna leave you with a recipe I came up with. I found a similar recipe when I was doing Whole 30 but didn’t like some of the things in it. This recipe does call for coconut milk. I thought that would be gross but loved it when I tried it! Try something new- you might surprise yourself! P.S. I forgot to take a picture of this when I made it last night. So maybe I need to grow as a blogger too…

Directions:
Place the chicken, broth, chilis, onions and seasonings in the crockpot and set to low. When the chicken is cooked through, remove it and shred it. While the chicken is sitting on the plate, add the coconut milk, lime juice, butter and yeast. Cover and cook for at least another hour. If this is too coconut like for you, add in more spices or more chicken broth. If you want more spice, you can add jalapenos or hot sauce.  If you’re not doing Whole 30, top with sour cream, shredded cheese, or crackers. I usually forget to buy the crackers….

** This post may contain affiliate links and I may earn compensation. **