Well, hello! It’s been a minute. Actually, again, it’s been a month. And this past month has had some MAJOR life updates. My husband and I moved. To Arkansas. Yes, we left Iowa and moved south. He was offered a great job and we decided to just go for it. So now we’re residents of the Little Rock metro area. Our house in Sibley is set to close later in October and we’re renting for now. James moved down almost 2 weeks ago and Deuce and I moved down this week. We were able to find an amazing rental that we love.

I’ve mentioned before that I’m not a decorator. And truthfully, I think I just didn’t like my old house! I mean, we made a lot of improvements and updates, but my heart was never in it. My husband purchased the house when we started dating and it never truly felt like “ours”.

I’ve been busy this week unpacking, hanging stuff up, and picking out furniture. Before we left, I had purchased a really cool table off of a swap site and I was able to find some chairs to match. Actually, my sister bought it then found one she liked better so she sold this one to me. Speaking of my sister, I bet she’s tired of me texting her or Snapchatting her to ask her where to put something or if she likes something in the house. Luckily, I’m almost done so she probably won’t block me yet. I’ve also become obsessed with HGTV and Joanna Gaines.

What do I love about this house? Well, the fact that it’s new and doesn’t need updates! We have a white kitchen now. I wasn’t sure about a white kitchen but so far, I’m liking it. We also have a really cool bar/island and I was able to find bar chairs that match the dining chairs. And thanks to Walmart and Amazon, I’ve been able to decorate for fairly cheap! Not all of my Walmart stuff is available online. From Amazon, I’ve ordered throw pillow covers, a living room rug (we have hardwood), and a dining area rug. Thank God for technology, am I right? I sent pics of everything to my sister before I ordered to make sure it was ok. After not really paying attention to decorating, I wasn’t even sure what my style was. I still don’t know what it is- I just picked out things that I liked and were in my budget. Actually, my husband was pretty awesome too. Since we’ve never purchased furniture together, we actually had fun picking that stuff out. Tomorrow the washer and dryer gets delivered. I must be getting old to get excited about a washer and dryer but I have no shame. The laundromat is not my idea of fun.

So anyhow, it’s been a period of transition and adjusting. The week James was down here getting the rental house, I lived with my parents. It wasn’t bad although I’m not sure how Deuce felt about the other dogs in the house. Mom has 3 dogs- a basset hound mix named Kenna, a long haired dachshund named Coco, and a 13 year old Shiba Inu named Ace. Poor Ace…he’s getting old and his hearing and eyesight aren’t what they used to be. And this time of year he gets horrible allergies. He was looking pretty rough. It was nice to be able to spend some time with my family before I left. I’m hoping they all visit soon! I’m trying to convince them to come this winter. When it’s 20 degrees below zero in Sibley, it will be about 50 degrees here. It’s gonna be a weird Christmas with no snow…I’m not sure how I feel about that yet. I’m a traditional Christmas lover. I’ll have to rely on Hallmark Christmas movies to get my snow in. We went without DirecTV for a few years but got it when we moved since we needed to be able to watch Iowa State, Minnesota, and Oakland football.

Since I haven’t even been here a week, I know I have a lot more adjusting to do. I haven’t started a job yet, so I haven’t exactly been able to meet people. And to be honest, it’s weird being 12 hours away from my family. When I lived in Des Moines, I was 4 hours away but this is quite a bit further! Some friends are heading to the Iowa State game tomorrow and I’m so sad we weren’t able to go to one this year. And of course, it’s been an adjustment being away from my stepkids. Again, I’m so thankful for technology. We have a family Snapchat group and I love getting pics from them. We’re looking at a time for them to visit for a week. They will get to fly in a plane which they seem excited about. I guess if we are boring, at least the plane will be a fun experience!

Deuce is adjusting too. After leaving the only home he’s really known ( We got him at 7 and 1/2 weeks old and we’ve lived in the same house since 2007), he stayed at my moms for a week, then took a 12 hour drive and arrived at a new house. He seems to like the fenced in backyard but constantly wants to go out the front door and explore. Today, he woke me up at 5:24 whining when James left for work. All day he’s seemed out of sorts and keeps going into the bedrooms and laying on the kids’s beds. I think they smell familiar to him and he’s probably homesick. He hates car rides so I was really happy with the way he handled the drive. He whined for the first hour, then settled in and slept. I made plenty of stops and walked him at each stop too. 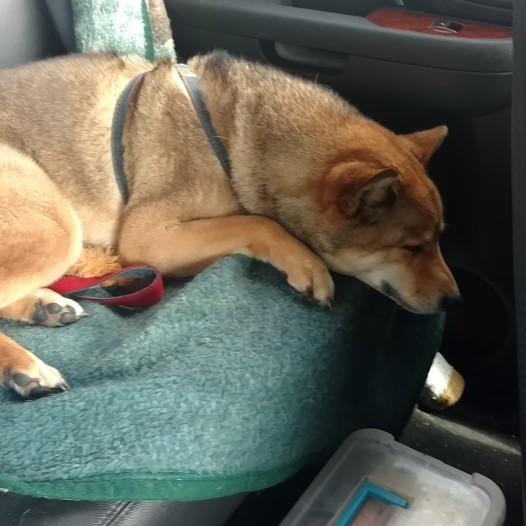 On the way to my new home! 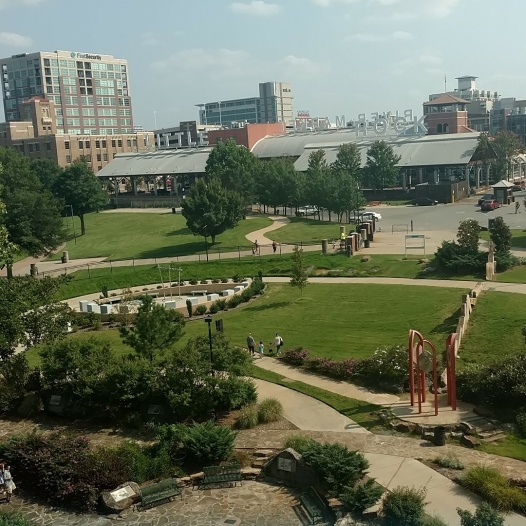 So that’s it. Actually, that’s a lot! Major life changes and adjustments. I’ve always heard people say that they regret the chances they didn’t take, so we decided to take this one. We’ve also decided that if we hate it, we can always move. Tonight we stayed in and hung some pics, I made a recipe from Paleomg, and we watched some TV. James deserved a relaxing night in after his first week from work. Tomorrow, after the washer and dryer get delivered, we’re going to go explore. Cabot is having Cabot Fest on Saturday so we’ll go check that out. And maybe we’ll head into Little Rock and find a new restaurant. Have any of you been to Little Rock? If you know if a good place to eat, tell me! I love trying new food and I’ll be sure to keep this updated with our adventures.

I hope this find you all well! This seems to be the time of year where we start talking about how grateful we are for everything. Right now, I’m grateful for a nice house and a new start to life. Oh- and for my sister’s decorating advice.

** The cover photo was not taken by me and is not copyrightred. (is that a word? It is now.) I am not paid for this blog.**